In “Santa Lucia”, you take on the role of a young cat named Ben in his first semester at the University of Santa Lucia. As a child, Ben was prone to crippling headaches and blackouts. One night in his first year of high school, these pains culminated in a terrifying nightmare, which marked the beginning of recurring night terrors which have plagued his life ever since then.

Still, Ben manages to maintain an optimistic view of life, looking forward to the change of pace university has to offer. As you experience Ben's first semester, you'll encounter a wide cast of colorful characters, several of whom you'll be able to pursue a romantic relationship with. However, some nights Ben still has those headaches which caused him so much grief growing up. Will you be able to live your first semester of university to the fullest, or will the pains eventually overwhelm you?

WHAT IS THIS PROJECT?

Santa Lucia is an adult-oriented visual novel being developed by a branch team of Stormsinger Studios. This game has been DzahnDragon’s baby for years and is what he initially set out to build experience for with the Morenatsu Revisited project. Dzahn and Devilizer aim to create an engrossing drama about a young man’s first experience with college life, hopefully bringing back nostalgic memories for readers who have gone through something similar.

This visual novel is intended for adults only and will feature graphic depictions of homosexual relationships. There are also depictions of violence and trauma that readers may find disturbing. 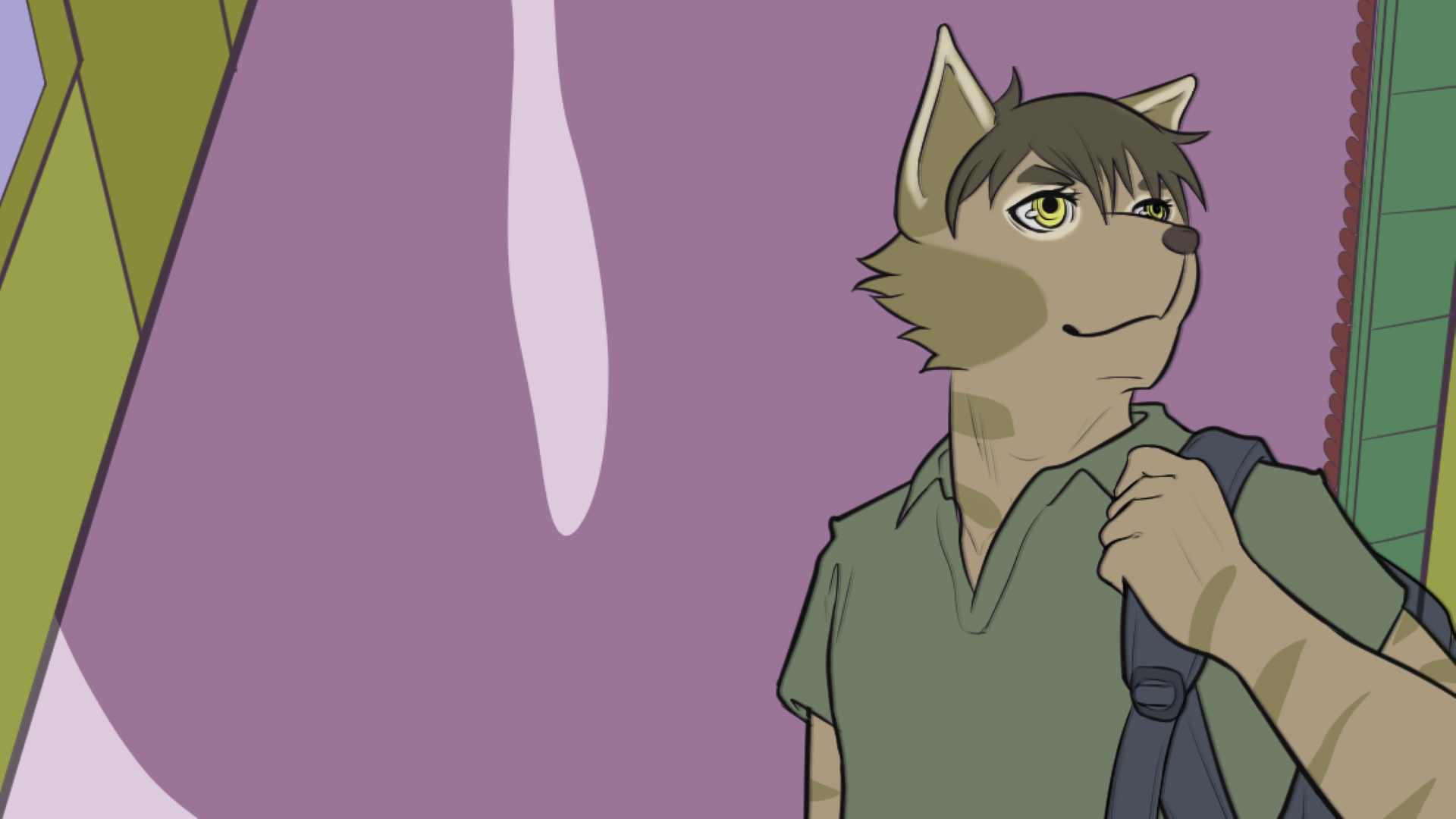 The protagonist, Ben is an incoming freshman at the University of Santa Lucia. Sociable but easy to embarrass, Ben is the kind to stick his neck out for those he considers friends. 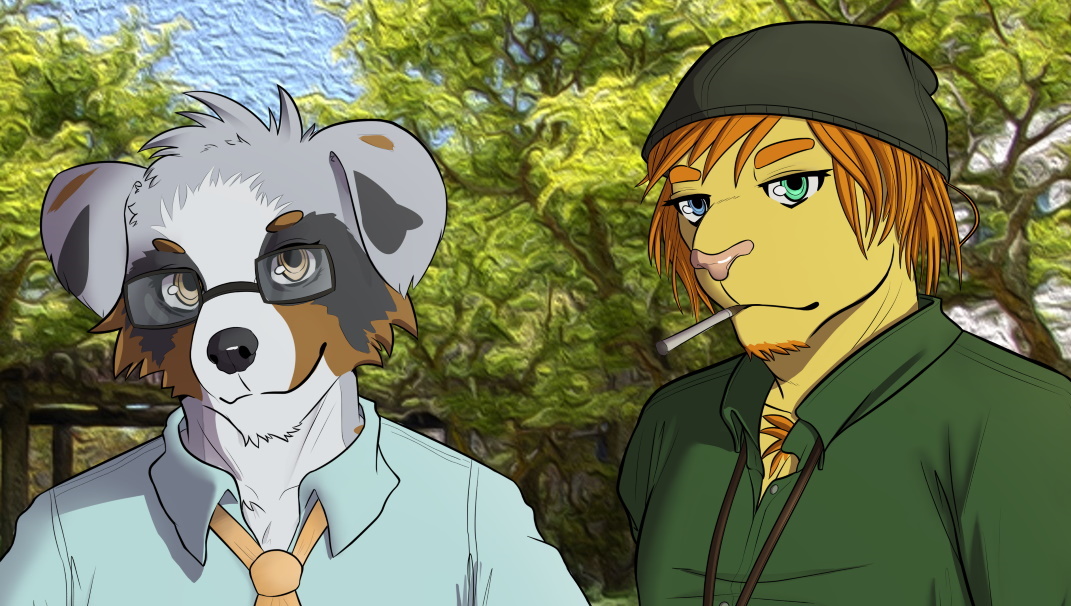 Chris and Russell are the upperclassmen who individually take on mentorship roles for Ben. Chris is Ben’s university-appointed “Student Mentor”, guiding him through the first semester with advice and support, while Russell is the cool dude who happens to take a liking to our “fish out of water” cat. 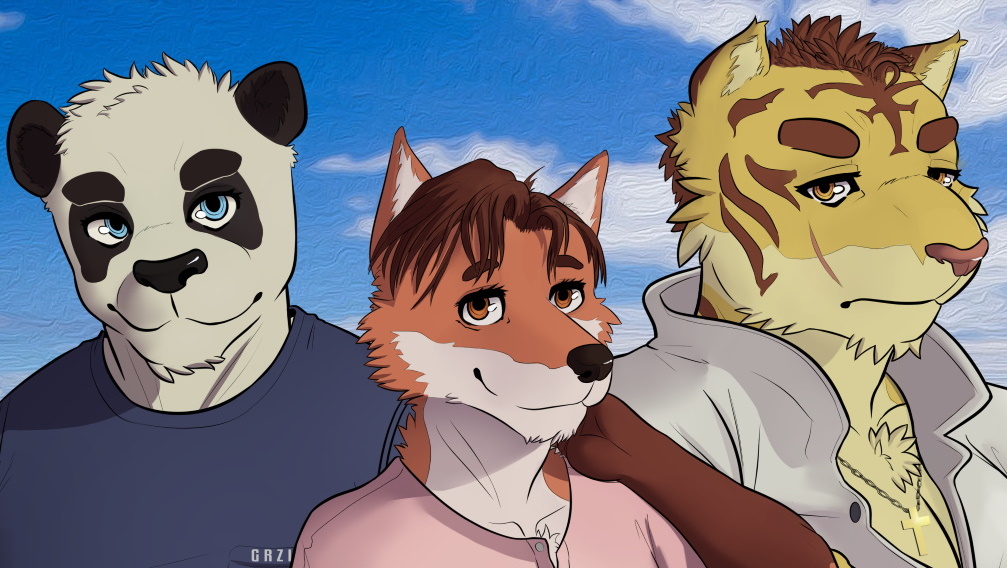 Your classmates in the same mentorship group under Chris. These are the three characters Ben has the opportunity to pursue a relationship with over the course of the game. Bryan is an up and coming football star, while Nate has his sights set on someday being on Broadway. Carlos is the kind who keeps his head down, working hard to eventually become a lawyer. 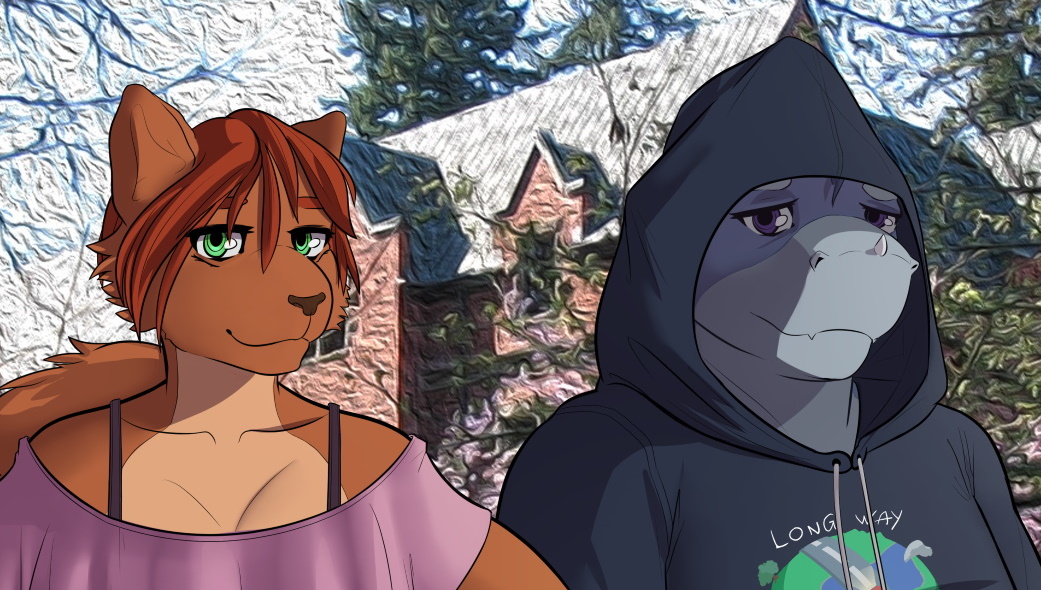 Karina is one of your old friends from elementary school who by chance happens to be attending the same university as you after not seeing each other for years. Your friendship continues almost as if it never ended.

Zach is your roommate for Freshman year. Be careful, he’s very shy and extremely introverted! Hopefully Ben’s able to connect with him, otherwise it’s going to be a long semester…